ISL viewership worldwide: If you are a fan of football then you should know how popular ISL is. There is a huge fan following for Indian Super League all around the world. Initially, it was viewed only in India but its popularity brings around different countries over the globe.

It is a big thing for football lovers in India to experience such an amazing platform for football in India. Football doesn’t get popular very much in India because our National team doesn’t get much popularity. But just because of ISL, the audience of India has started showing interest in this league.

People are adjusting their schedules as per ISL matches, which is a big achievement for this league. A total of 8 seasons are already completed and we have seen an increase in the number of viewers of this league. Let us know about ISL viewership worldwide in this article to explore things briefly.

This is one of the most popular Football League around the world. If we talk about total viewership then it has reached up to 130 million across the globe. At present, the broadcasters of ISL are reached in more than 200 countries and users show a huge amount of interest in this league. 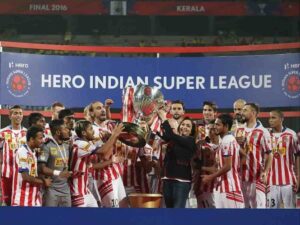 The peak of this season came when there was no public allowed in the stadium. Yes, there was an immense growth of viewers by 16% as compared to its previous seasons. As there was no entry into the stadium and that’s why people have enjoyed this league by sitting at their homes.

It is a big achievement for any Football league to get too much popularity in a span of just 8 – 9 years. The main reason for their popularity is to bring some innovative things every season and that makes people love this league.

The craze of ISL has been increasing over the past few years and football lovers are very happy to see such a platform for players in India. Well, Star Sports have the main credits of this league and users can stream this league on their favorite Start Sports channel.

How many countries can watch ISL?

Ans. At present, there are more than 200 countries are watching Indian Super League on different media channels. Users can find the broadcaster of the channel from the service provider.

Which ISL team has the most fans?

Ans. Well, all the teams are very popular around the world because of their amazing skills. But still, if we talk about a single team the Kerala Blasters have the highest number of fans. It can be judged as per the total number of attendance on the ground while they are playing the match.

How popular is Indian Super League?